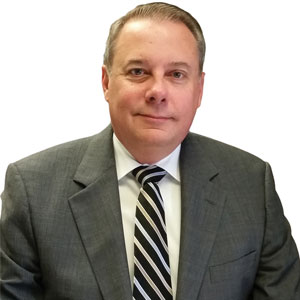 We live in a data driven world, where big data is being generated by every digital process, systems, gadgets, and sensors around us. Organizations and government agencies are adopting advanced data analytics strategy to derive real-time insights from these data. This enables better decision making to optimize operations, prevent threats and fraud, and capitalize on new revenue sources.

For instance, today in Oregon, agencies like the Oregon Youth Authorities (OYA) have done a great job in identifying typologies or archetypes of troubled individuals using Big Data analytics. The agency is a national leader in using analytics for evidence-based, effective treatment practices to prevent youth offenders from committing crimes and to teach them pro-social behaviors based on the data collected from various sources.

The agency has identified various interventions to use data analytics depending on the typology of the problem that they are dealing with. Utilizing Big Data is not just limited to OYA in Oregon; we have taken up various strategies in Oregon adopting data analytics.

One of the most important areas of concerns while using Big Data analytics is more about identifying correlation of the data streams. The government has an enormous amount of data, and being able to ascertain the relevance is something vital. Also, articulating the type of data and then finding correlations from the huge amount of data from the warehouses is not just an easy task.

First of all, recognizing a correlation is an important aspect, whereas time-bound correlations play a vital role in analytics. In addition, a correlation may not be occurring simultaneously. So identifying the leading and lagging indicators are significant part of concern in dealing with big data.

For instance, we were able to see a correlation between when children missed school and a non-history of parent visitation to the school. Though we already have the stream of school attendance and the parent visit details, but until and unless you could correlate these aspects, the data is useless.

Accordingly, considering the existing streams, finding correlations, and determining if there is a connection is the vital part in effective analytics.

The challenge is not only to articulate data, but also the agencies or the owners of the data should have an agreement in sharing data safely and securely. Moreover, every agency and every department is the sole owner of their own data.

The development and the use of existing data within agencies or organizations will continue in the upcoming days. Ultimately, I hope to see a new system that I wish to call an ‘analytic garage’ where users can have a centralized place of expertise that has access to these different repositories or different datasets. This evolving dataset will also grand the permission to search for new correlations depending on the data types. This improves the outcome of the search tremendously.

The personal identities of individuals are getting compromised to a greater extend these days. As far as security is concerned, fundamentally what you start dealing with is the trust that people have in their government. Not just the breaches and the information about what data is being collected, but the agency that the information belongs to are also part of concern. When I interact with the government agency, do I lose sovereignty of my own data? - is what most citizens are concerned about while sharing their information.

The other side of this issue is when a user interacts with an agency; that particular agency capturing information becomes the sovereigns of that data. This is not done based on any consent from the end user, the applicant, or the beneficiary.

For instance, in the state of Oregon, there are about 84 agencies with sovereign repositories of information, all of which are independent of one another. The inner agency agreements that are set up for sharing data about individuals are entirely opaque to the citizen themselves.

The more important security issue with big data analysis is - what information I as a citizen of Oregon lose control over by registering my business, by getting a library card from the state library? What is that the user surrender, who gains control over the information and what can they do with the information?

The Role of CIO

A lot of data’s nature and the ability to recover efficiently depend on the structural design, particularly the information architecture that is set up by the CIO of an organization. If that is not being addressed appropriately, then the ability to relate data-to-data becomes more difficult.

The changing arena is making the role of CIO’s more complicated in dealing with the enormous data and exploring how big data and analytics are transforming the way data is being utilized for achieving a competitive advantage.

A Piece of Advice

There are quite a few issues that need to be addressed in the Big Data arena today. The alignment with the relevance of what the governor and the state assembly, what is it that they think are the most pressing and significant problem. It is all revolving around the active leadership of the CIO.

JOLEADO Systems: The Future of AI is Human

Unlocking the Value of Connected Cars

Comprehensible Distribution of Training and Information...

The Current Focus is On Comprehensive Solutions

Big Data Analytics and Its Impact on the Supply Chain

Carmax, the Automobile Business with IT at the Core

The CIO's role in rethinking the scope of EPM for...

Transformative Impact On The IT Landscape

Get Ready for an IT Renaissance: Brought to You by Big...

Technology to Leverage and Enable

Speed is the Name of the Game

Stepping Up To the Challenge: Managing the Business Impacts of...

How Have Recent Technology Developments And Transformations In The...

Driving Deployment of IT Operations

However, if you would like to share the information in this article, you may use the link below: